30 Startling eSports Statistics You Should Know 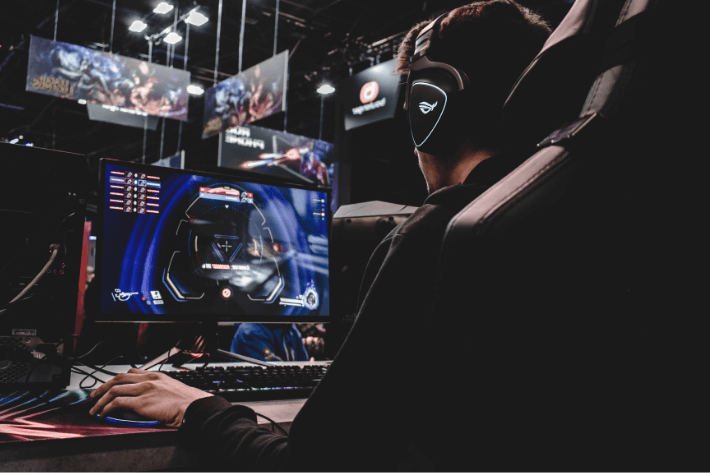 The esports industry is evolving at a rapid pace. The number of viewers continues to grow, and the revenues in the sector keeps increasing. But it’s not only the viewers who help boost the revenues. Companies are investing in esports marketing, and we’ve seen some substantial sponsorship deals. The entire industry is doing amazingly well at this point, and it’s expected that esports will make even more noise in the future. Here are 30 startling esports statistics you should know.

Esports and the web go hand in hand. More young people are now online, and more of them are getting into esports. According to research, 32% of users whose ages range from 16 to 24 have said that they watch esports events. In comparison, only 6% of viewers aged 55 to 64 watch these tournaments and championships.

According to esports statistics on viewers, more occasional viewers will turn into loyal followers of esports events. In fact, studies have shown that there will be about 295 million frequent esports viewers by 2023. Compared to 2018, that is an imposing 58% increase.

According to statistics for esports viewers, people spent 137 million hours watching the 2019 League of Legends World Championship finals. The multi-day nature of the competition played a role in it, but the number is still stunning.

Another popular MOBA game that attracts many viewers is Dota 2. The international Dota 2 championship attracted 1.97 million viewers in 2019.

One of the most popular events in the 2020 Intel Extreme Masters tournament was the Counter Strike: Global Offensive or CS:GO tournament. The fact that more than 1 million viewers watched the final match is one of the most impressive esports statistics around. The final match took place in Katowice, Poland. The teams meeting there were G2 and NaVi.

8. The average viewer watches esports for at least 84 minutes at a time.

Depending on the game, however, matches can last much longer. For example, an average match in the 2019 Worlds lasted 32 minutes and 45 seconds, but viewers often watched multiple matches.

9. Twitch will reach more than 3.2 million concurrent viewers by 2023.

There’s no doubt Twitch is the world’s biggest streaming platform and esports enthusiasts’ go-to site. According to esports streaming statistics, in 2023, the platform will, for the first time, simultaneously host 3.2 million viewers.

The numbers say that esports is becoming one of the most lucrative markets in the world. Last year’s revenues exceeded $950 million, which is truly impressive. Expect the sector to start making even more money in the future as the number of viewers continues to increase.

Gambling and sports are closely connected. The competitive nature of gaming tournaments makes them exactly what sports bettors are looking for. Betting on esports is still not as popular as betting on more traditional sports but that didn’t stop the total wagers on esports from exceeding $9 billion in 2019. LoL, CS:GO and Dota 2 account for 85% of the total betting volume.

We’ve already mentioned that LoL fans spend countless hours watching Worlds 2019. Another impressive piece of League of Legends esports statistics is that the game has generated $1.5 billion in revenues.

It’s safe to say that there’s way more money in the esports industry now than there was when gaming tournaments first started. The International 2019 tournament in Shanghai that featured Dota 2 had a total prize pool of $34.33 million.

According to esports stats, Battle Royale games have never been more popular. In fact, one of them – you guessed it, it’s Fortnite – is so popular right now that you can become a millionaire by playing it. Well, if you are as good at it as Bugha, who won the 2019 World Cup.

Sports games aren’t as popular as MOBA or Battle Royale games. Still, players can take home substantial amounts of money if they win in an esports event, like this one held in Bucharest.

In the statistics about esports, this team, established in the Netherlands, is among the most successful esports teams on the planet.

Some teams have been dominating the world of esports ever since they were established. Fnatic, founded in 2004, has an impressive all-time win rate of 63%.

Jesse Vainikka, a.k.a. JerAx, from Finland, was the world’s highest-earning esports player in 2019. He won the money playing Dota 2.

When it comes to overall earnings, it’s Denmark’s Johan Sundstein, a.k.a. N0Tail, who’s leading the list. According to esports statistics, by October 2020, he has won $6.94 million throughout his esports career, mostly by playing Dota 2.

The 2019 LoL World Championship was extremely competitive. Still, one player managed to record a pentakill in the tournament. Griffin’s Viper recorded a pentakill with Xayah in the match against Invictus Gaming.

The 2019 League of Legends World Championship was rife with records. One we had to mention is Uzi’s 11.1 CSM throughout the event. That’s 1.1 CSM more than what the second-best player recorded.

Looking at women in esports statistics, you can see that only 35% of players are female. But expect to see a change in these numbers in the next few years as more and more female players are entering the world of esports.

While the popularity of esports is continually growing across the world, it’s not evenly distributed. We can learn more about it by looking at the number of esports players in different countries. When it comes to active competitive video gamers, esports statistics by country show that the U.S., with 5k players, is unrivaled on this list. Next is China, with little over 1k players.

According to a May 2020 online survey of a weighted sample of 2,200 randomly selected American adults, 7% described themselves as devoted fans of esports in the U.S. This is quite a lot, especially when you think about the age of esports enthusiasts. With most of them being teenagers and young adults, we can expect this number to grow.

The same study about esports popularity statistics revealed that 3% of females consider themselves keen fans of esports.

Esports is extremely popular in Asia. One of the more interesting facts about esports demographics is related to gender. Even though esports is still predominantly an activity enjoyed by males, in some parts of Asia, the gender gap is not that wide. In South Korea, females constitute 32% of esports fans. In China, females account for 30% of esports fans, according to esports stats.

28. Sponsorship and advertising investments in esports will reach $634 million by 2023.

We already mentioned that the number of sponsorship deals in the world of esports continues to increase. These bring more money to the sector, and according to statistics, sponsorships and advertising in esports will reach $634 by 2023.

Companies from various industries are looking for ways to start promoting their products and services in the esports sector. As esports market statistics suggest, consumer goods brands spent $21.8 million on esports sponsorship and advertising deals, making their share larger than that of any other industry. Technology brands spent $15.9 million, and clothing brands were not far behind with $13.35 million.

That is almost a 30% increase from 2019. Companies obviously see esports as the perfect place to promote their products and services.

How many people are watching esports?

In 2019, there were 443 million viewers of esports. Compare that to predictions for 2023, when the esports audience is expected to reach 646 million, as shown by esports viewing statistics. While some viewers watch esports only occasionally, others are loyal fans of esports tournaments and watch them on a regular basis.

Is esports the fastest growing sport?

Both the number of viewers and revenues of esports is continuously increasing, making it one of the fastest-growing sports out there. What many people aren’t aware of is that esports is starting to surpass other sports in terms of viewers. With an estimated global following of 4 billion, soccer is still safe on the top spot of the list. But when you look at esports statistics vs sports, you’ll see that important esports events attract more viewers than finals in sports such as basketball and baseball. Not cricket, though. With 2.5 million fans worldwide, it comes second on the list of most followed sports.

How much money is in the esports industry?

Last year, esports revenues exceeded $1 billion. The revenues in the esports industry are brought in through various channels. Sponsorship and advertising are becoming an essential part of the esports world and these deals bring large amounts of money into the sector. It only takes a glance at esports growth statistics we have selected for you in this article to see how much these sponsorships have brought into the industry.

What are the most-watched esports?

The most-watched esports event last year was the 2019 League of Legends World Championship, with over 137 million hours watched.

Is esports a good investment?

If you’re interested in investing in something new, esports might be exactly what you are looking for. There are numerous ways to get into the world of esports. When you look at esports statistics, you’ll see that the entire sector is growing rapidly in terms of revenues, the number of followers, and hours spent watching esports events. 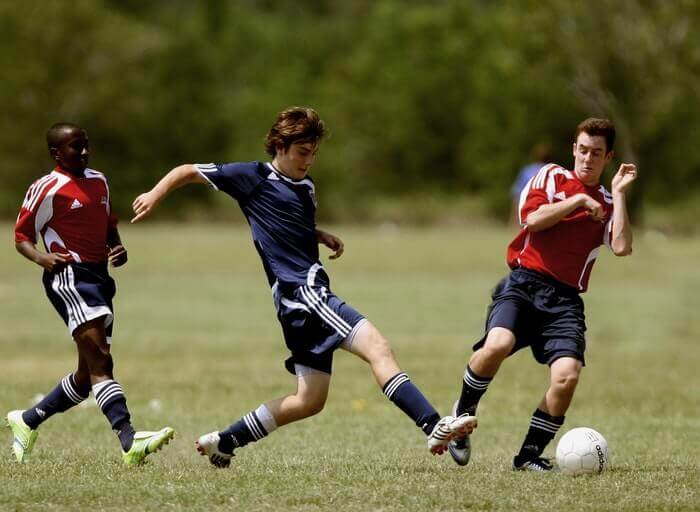 If you’re a newbie in the betting world chances are you are having trouble... 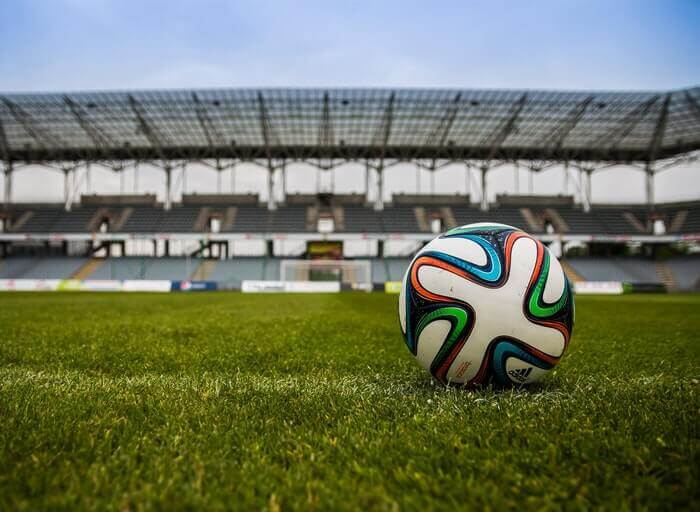 As betting evolved and became a favoured activity for millions of people worldwide bookmakers... 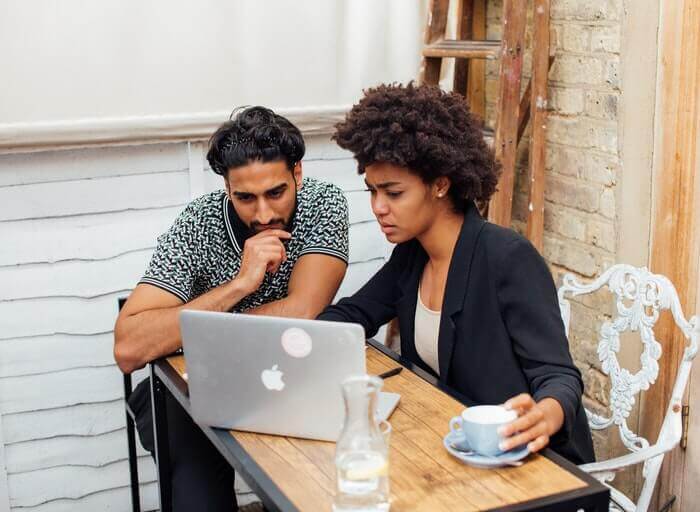